Discover the Habitats of community interest 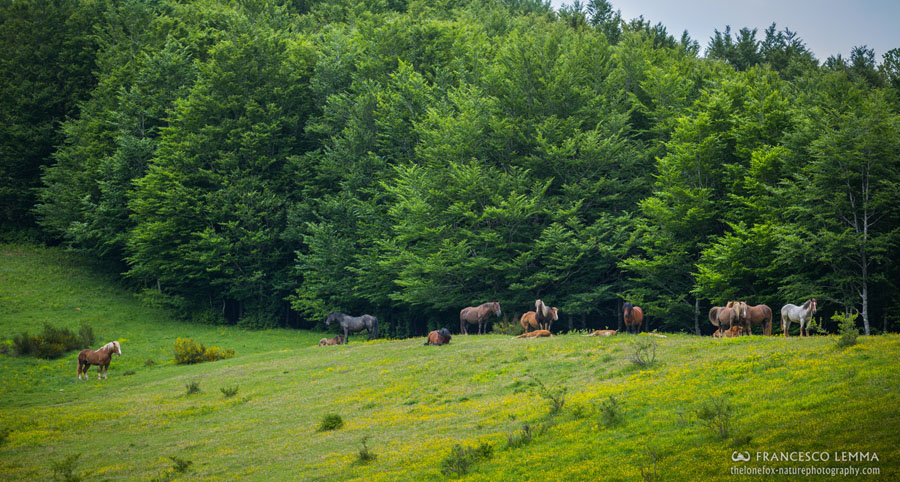 According to the Habitat Directive (92/43/EEC), natural habitats are defined as terrestrial or aquatic zones that are distinguished by their geographic, abiotic and biotic characteristics, entirely natural or semi-natural. In particular, habitats of Community interest are those natural habitats, listed in Annex I, which, in the territory of the European Union, which alternatively:

Among these, there is a defined priority category (*), which identifies types of natural habitats that are at risk of disappearing and for which the European Union has a special responsibility due to the importance of their natural distribution area. In relation to the list of habitats of Community interest indicated in Annex I of the Habitats Directive, below are those found, codified and mapped within the National Park Sites.

Click here to see the Natura 2000 habitat map of the Park territory directly on webgis.

macro-typologies, out of the nine listed in Annex I of the Habitat Directive. Each habitat is identified by a code, called "Natura 2000 Code", which is made up of 4 digits: each one, starting from the first, identifies a series of hierarchical cascades that characterize the habitat in an increasingly detailed manner.

As can be seen from the chart, the last type dominates over the others, both for the number of habitats (ten, of which four are priority), and by extension (percentage of site coverage). The figure is rather obvious, considering the forest nature of the Park, but it is in fact a further confirmation of the value of these forests, mainly beech forests, considered among the best preserved in Europe. The real interesting data, therefore, is linked to the presence of open areas, such as prairies, pastures, part-pastures, and shrubs, which play a fundamental role both as an element of landscape and environmental diversification and as a source of life for many animal species. and vegetables. These types of environments, especially those related to traditional agriculture and shepherding practices, are evidence of an ancient garrison of humans in the territory, which has maintained them over time and that due to the depopulation of the mountain from after the second world war have become extremely reduced and impoverished. For this, the Park Authority is taking steps to activate active management measures, to safeguard some of those areas where there is still a human presence on the territory.