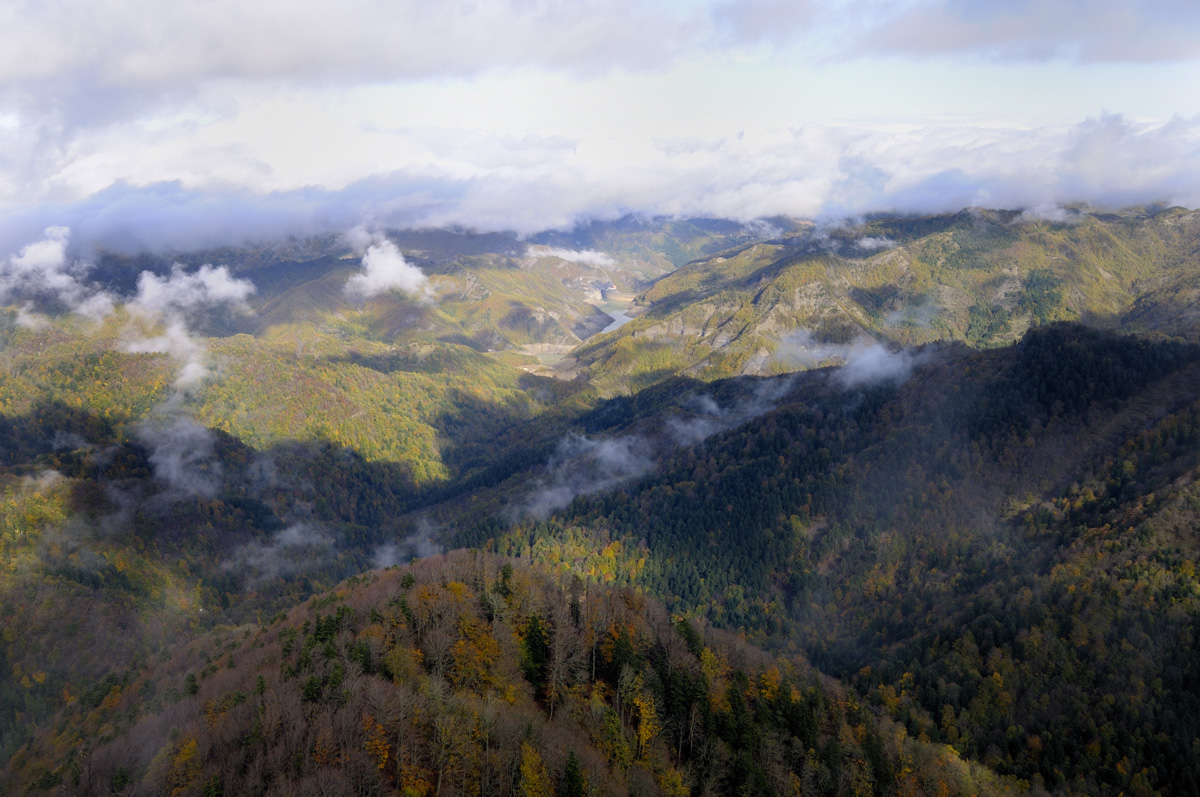 The Park's landscape is characterized by sedimentary rocks, mainly sandstone interspersed with marls, which appear frequently in Romagna with characteristic stratified slopes, or with bare ridges. The conformation in the south-east area of the Park is different, where the Monte della Verna, with its calcareous cliffs, stands out in a landscape with wide rounded slopes interrupted by crevice erosions, which reveal the presence of clay.

The Park excels, from the naturalistic point of view, as one of the most prized forest areas in Europe, whose heart is composed of the Casentino State Property Forests, inside which is the Integral Nature Reserve of Sasso Fratino, established in 1959. It is also a territory with inhabited centres, rich in historic, artistic, and architectural testimonies, offering the visitor in a marvellous natural setting, rich in flora and fauna, which includes the most important wolf population of the northern Apennines, as well as the exceptional presence of five species of ungulates: wild boar, roe deer, fallow deer, deer and mouflon.

Within the Park are two points of great charm and spiritual importance: the Sanctuary of La Verna and the Hermitage of Camaldoli. The Park includes an area where mankind has always lived and worked, and this is the reason for the presence of many ruins and villages abandoned in its territory. Due to the massive exodus that took place after the Second World War, the number of current inhabitants of the Park is reduced to about 1,500 people. The protected area can be visited with pleasant excursions on foot, by mountain bike, on horseback or, in winter, with hiking skis along the approximately 600 kilometres of the trail network.