Paths and routes of pilgrimage 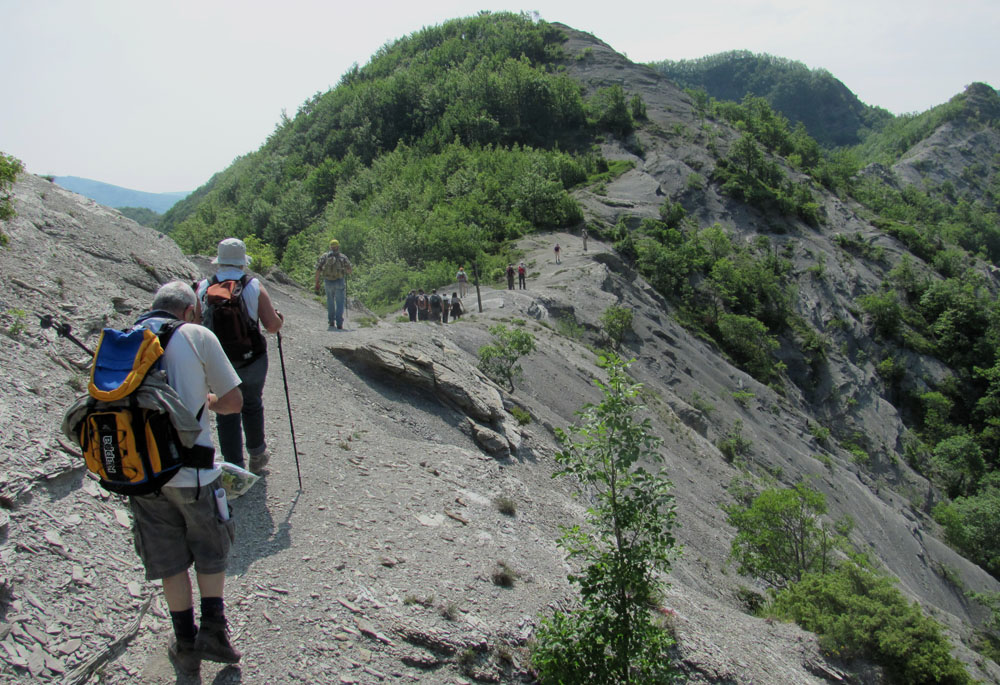 In Italy there are over 6,500 km of naturalistic, religious, cultural, and spiritual paths that are often little known, waiting to be travelled and to make more people appreciate the potential of our territory. To increase the hiking offer of the Park, in recent years some multi-point routes have sprung up crossing, sometimes only marginally, the protected area.

In some cases, they arise from religious instances, in others there are different motivations, historical or cultural, at the origin of the paths. However, all of them are a further opportunity to visit and discover the territory and, why not, are also an experience, just like every journey, which has always been a metaphor for the human condition.

Here are a few:

The path of the Via Romea belongs within the perspective of the rediscovery and valorisation of ancient paths, starting from Stade, in Germany, and reaching Rome. This route, witnessed with great precision in the Annales Stadenses by Monaco Alberto who travelled it in the thirteenth century, crossed our territory and then continued towards Arezzo and then to Rome, and was a very popular route, especially to pilgrims from the German area.

Even today, from Germany, you can pass through Innsbruck and arrive in our territory coming from Ravenna, then from Bagno di Romagna to the Serra Pass you reach the Casentino, continuing towards Arezzo. Just in Italy, the stops are 46.

This path is designed to connect the many traditional pilgrimages that have existed for centuries in the local area, linked to ancient devotions. The city of Assisi within this itinerary is elevated to a "place of universal convergence" for men and women of good will, transcending any distinction of culture and religious faith. One of the most fascinating destinations in the itinerary is certainly the Santuario de La Verna. The route crosses, especially in the first part, the Tuscan-Romagna woods within the National Park of the Casentino Forests. On the path there are shelters specially designed to accommodate travellers.

The route begins and ends in Sarsina (FC), in the Savio valley, and takes its name from the holy patron of the town of Romagna. It originated as part of the celebrations for the Thousand Years of the Basilica of Sarsina Cathedral and winds between Romagna, Tuscany and Marche, on the ancient paths traced by San Vicinio and by the pilgrims devoted to him, on roads and mule tracks characterized by the presence of small and large churches, confessional cells and votive shrines. Along the path art and faith are intertwined not only from the historical, artistic and architectural point of view, but also through the most felt religion, devotional traditions, and through the link with the surrounding environment.

The Way of Sant'Antonio, with an alternative departure from the Sanctuary of Padua, from the Sanctuaries of Camposampiero, or from Venice, intends to retrace some of the most significant stages in the life of the Saint, accompanying him step by step to the places that saw him as a protagonist and that have been touched by his holy and charismatic passage. It crosses the Casentino Forests National Park from Portico di Romagna across the Apennine ridge to the Santuario de La Verna.

DEPARTURE: Sanctuary of Padua, from the Sanctuaries of Camposampiero, or from Venice

The Way of Dante (Cammino di Dante) is an organized route that traces the ancient streets and medieval paths that linked, at the time of the Poet, Romagna and Tuscany, Ravenna and Florence, where Dante lived and was exiled for political reasons, and where he finished writing the Divine Comedy. The route develops through a ring of about 380 km connecting the Romagna and the Casentino crossing the protected area several times, for a total of 20 fixed stages, to be travelled in an anti-clockwise direction. The two extremes of the route, points of departure and arrival, are represented by the Tomb of Dante in Ravenna, and the Museo Casa di Dante in Florence.