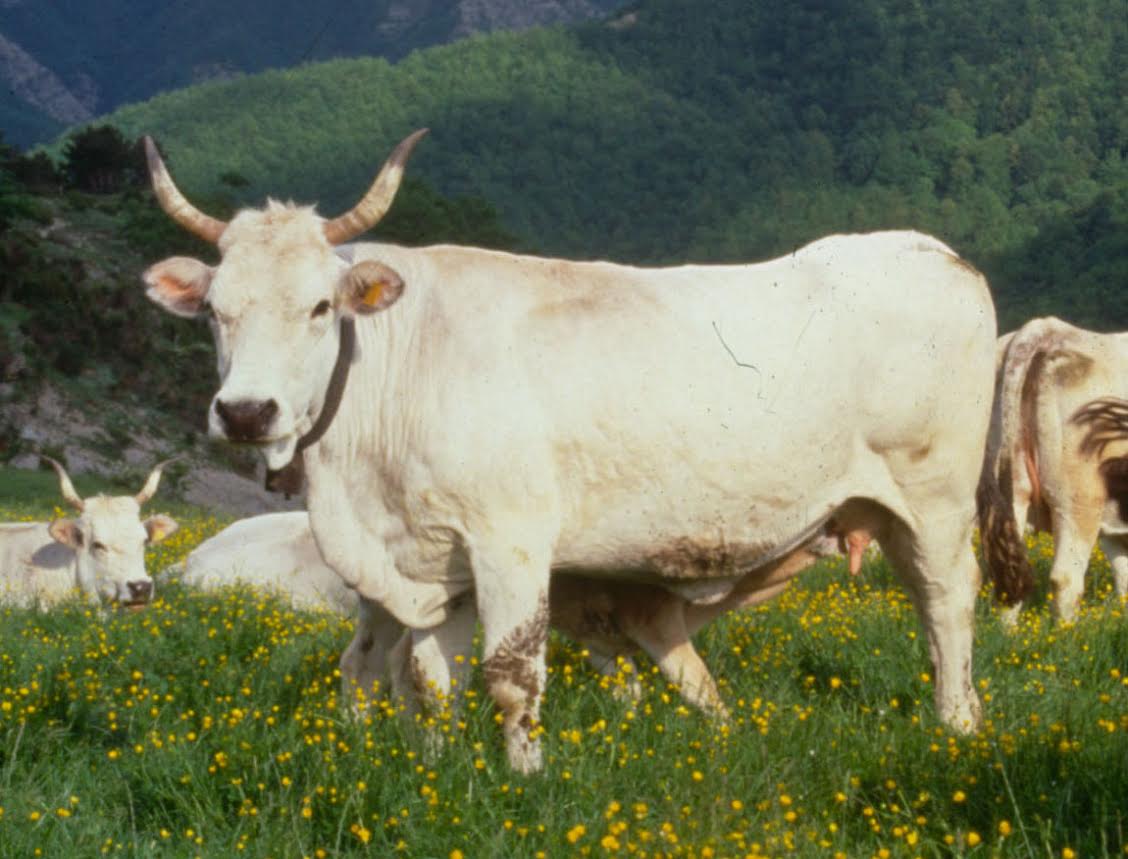 "It was not created in a moment, nor did it come out as perfect as Minerva from the head of Jupiter, but it is the result of patient, intelligent, passionate work of a whole group of farmers who have lavished their care for almost half a century... "with these words Dino Sbrozzi describes the gentle Romagna race of cattle in 1930. With wonderful knowledge, in 1975 Alberto Silvestri tells its splendid story. A daughter of the lands of China (race of the steppes), it was first inserted in Mongolia and then in the Eastern Europe until reaching the lands of Romagna. In 1876 eight oxen were weighed in Lyon, the heaviest being 801 kg. the "lightest" 700. In Paris, at the world exhibition in 1900, it obtained its official consecration, attributed for its high zootechnical value. It has been a source of inspiration for many artists, including Pascoli, Carducci, Guerra, Spallicci, and Marchini. But luckily, the story continues and today in the Municipalities of the Park is still raised and grazes, ensuring the consumer with a superior quality.

Area of current production in the Park

The Romagnola cattle has a light grey coat, tending to white, and has a notable muscular development, in particular of the forelegs. It has black horns, or black at the tip and yellowish-white at the base, long and well-shaped; half-moon shaped in bulls, lyre-shaped in the cows.

Seasonality of the product